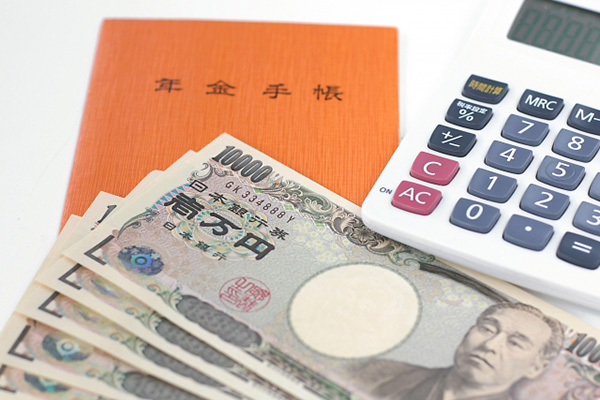 If you are coming to Japan just to have a great holiday, things are easy and you have only few things to concern about. However, if you intend to live in Japan for a certain period of time, you certainly need to be familiar with social security system of the country. The National Pension System is the most complicated and hardest to understand, among other things. You might have been unconcerned about the pension system in Japan as you are foreign nationals. But no matter of your nationalities, all the registered residents in Japan must participate the National Pension System. This column will explain from foreigner’s point of view how the pension system of Japan works, that is also hard for Japanese-born Japanese people to understand.

About the National Pension System

The insured can be classified into a few groups as follows:

The followings are examples of benefits covered by the National Pension System.

You can receive the Disability Basic Pension when you have a certain level of disability from disease, injury or other cause specified by law.

If an insured person dies while contributing to the National Pension System, the family of the deceased may receive the Survivors’ Basic Pension.

In addition to those three benefits above, there are other benefits such as:
Lump-sum Death Benefit: If an CategoryⅠinsured person dies without receiving any pension benefits, and his/her family member are not eligible for the Survivors’ Basic Pension, his/her family member can receive the Lump-sum Death Benefit.
Widow’s Pension: If a husband dies after contributing for at least 25 years as the CategoryⅠinsured person and if he has not yet received old-age pension, his wife can receive the Widow’s Pension.

Foreign residents are also required to enroll in

As mentioned earlier, all registered resident of Japan aged 20 to 59 years must be covered by the National Pension System, and foreign residents are not exempt. As long as they have their residential addresses registered in Japan, foreign residents are required to participate the National Pension System and eligible to receive the benefit once conditions are met. Also, even after they leave Japan for visa expiry or other reason, they are still entitled to receive the benefit. If they are employed by a business their employer will arrange paperwork for them. If they are self-employed or not employed by anyone, they might need to complete all complicated procedures themselves. In either case, remember to enroll in the National Pension System as it is all registered residents’ obligation.

How to pay the Contributions

There are several options to pay the contributions.

You can nominate your bank account to be direct debited every month. You need to submit an application form at a Japan Pension Service branch office or your bank to arrange direct debit payments. You can also make an upfront lump sum payment and receive a discount on the contribution. For example, if you make a 2-year advance payment of the contribution, it will come to a total of JPY360,000, and this is JPY15,000 less than the monthly installment option.

The contribution is charged regularly on your credit card. You need to submit an application form in person at a Japan Pension Service branch office or send it by post.

Payment can be made at a bank, post office or convenience store the payment notices sent to you by the Japan Pension Service. This option allows you an upfront lump sum payment as well.

If you don’t pay your contributions

If your contribution payments remain overdue for a several months, you will start receiving reminder letters. Also, you will be reminded of a prompt payment by telephone, door-to-door visits or written reminders. If your overdue payments are not cleared for a long time after those reminders, you will receive an official demand letter. Up to this stage, all those actions are recognized as reminders. But if you don’t make an appropriate action to the official demand letter and not meet the due date shown on it, you will receive a written notice of a forcible collection as you have no intention to pay your contributions. If the final due date on the final notice is not met, the government will give you a notice of seizure and an investigation on your personal assets such as bank accounts will be commenced. Your assets will be seized for the overdue contribution and interests for the overdue period without a notice. Your liabilities may be debited from your bank account, or your tangible assets such as a motor vehicle or jewelries are seized and liquidated.

It sounds harsh. But this happens only if you refuse to pay the contributions despite you have an adequate annual income. There are options of differed or exempted contributions if your income is lower than a certain level. Also, students can apply for “Special Payment System for Students” to postpone contribution payments. Both leaving your contributions unpaid and postponing the payments mean stopping your payments but they have totally different effects. If you are a low income earner, use these special arrangements.

What is “kara kikan”?

You will not be entitled to receive the Old-age Basic Pension unless you have contributed for 25 years. You might think this is an unfair disadvantage for foreign residents who started residing in Japan after they reached a certain age as they cannot meet the condition in the first place. In reality, those foreign residents might have an easier access to their pension than ordinary Japanese citizens born in Japan do. The period they spent outside of Japan after age 20 can be included in the 25 years they are required to contribute.

How is “kara kikan” calculated?

If you are a foreign national and have your Japanese citizenship or permanent residency is granted, anytime you resided in Japan under the following condition will be included in 25 years as “kara kikan”.

For example, if you arrived in Japan and had your Japanese citizenship or permanent residency granted at age of 30, the 10 years you lived in overseas country from age 20 to 30 is counted as “kara kikan”. Therefore you will meet the 25 participation requirement by contributing for another 15years. Note that “kara kikan” is only used to assess your eligibility and not reflected in the payments amount. Therefore it is called “kara kikan (empty period)”.

Once you participate the National Pension System, you will be entitled to receive the Old-age Basic Pension if you keep living in Japan after your retirement after you reach age of 65. However, not everyone is going to live in Japan indefinitely and such people might concern that they might lose their money paid to the Japanese pension system. Also, people are not allowed to opt out from the pension system of their country might be double covered in two countries. International Social Security Agreement exists to solve this sort of concerns.

Countries that a Social Security Agreement have implemented with Japan

Countries that signed to implement a Social Security Agreement with Japan

If you are from one of the agreement country listed above and going to work in Japan for 5 years or less, you can be covered by a social security system of your country. To be exempt from Japanese pension system, you need to obtain a “certificate of coverage” from the social security authority of your country. You will be exempt from the National Pension System by submitting the certificate of coverage to a Japan Pension Service branch office.

If your stay in Japan is expected to exceed 5 years, you need to join Japanese pension system soon after your arrival. If you are from one of the agreement countries, your contribution payment in Japan can be totalized with the pension of your country (United Kingdom, Korea and Italy do not allow the totalization of contribution. Note that each country has different criteria to receive benefits).

Before call it an end

This column has been repeatedly emphasizing the minimum 25 years contribution requirement so far. However, this minimum contribution requirement is scheduled to become shorten to 10 years in the future. This change will come into effect about the same time the consumption tax rate is increased to 10%, which is April 2017. Not only the minimum participation requirement, but other details of the National Pension System are frequently amended. For example, the Mutual Aid Association participated by government workers and school teachers was abolished and unified with the Employees’ Pension Insurance system. Sometimes important amendments come into effect all of a sudden without notice, therefore you need to be updated with latest changes. Japan Pension Service has English website page and online brochures in 10 languages are available from the website to help you understand the National Pension System.

Related Article:
Studying in Japan for over a year? Apply for Special Payment System for Students
Attention, short term students: contribution postponement system of NPS
So you lost your job, apply for special exemption of NPS
Accessing pension earlier: Lump-sum withdrawal payments of the EPI system
Returning home? The Lump-sum withdrawal payments of the NP system
National Pension: Procedures to update residential address when moving house
No more dual pension contribution: International Social Security Agreement and Certificate of Coverage
Changing jobs? You may have to switch pension systems
What would happen if a foreign national resident neglect to pay pension contributions?
Before a crossroad in life, check if you have Pension Handbook

I love traveling abroad by myself. By keeping a subjective point of view towards Japan, I hope to find many fun stories about this country.

3 thoughts on “The National Pension System: Participation is mandatory for all registered residents”