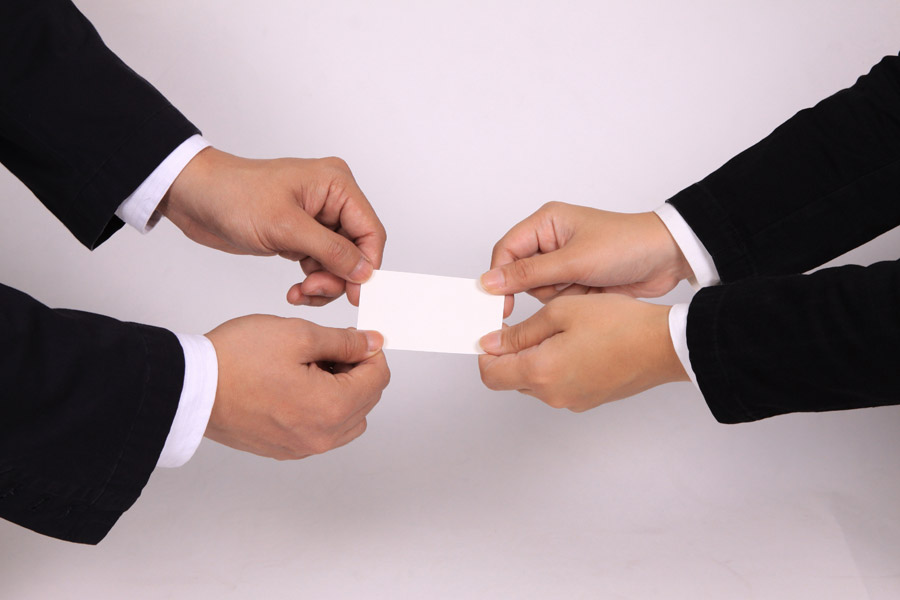 As you know, Japan is an island nation with almost a single race, some many habits and customs may look weird from non-Japanese people’s points of view. Not just in everyday life, such habits and customs can be seen in the workplace. The office etiquettes in this column are quite commonly seen at Japanese companies, but for people who are not used to Japanese culture, they may look weird. If you are going to work for a Japanese enterprise, just read through this column and get prepared.

Japanese people are hard workers, even trains arrive perfectly on time. Company employees are also expected to be punctual just like trains. If you are late, “Off with your head!” (Just kidding). But, indeed, punctuality is greatly valued in Japanese society. Moreover, people even expect you would arrive a little earlier, terrific.

Exchanging business cards when you see others for the first time is very common business etiquette all over the world. But in Japan, you have to give/receive business cards in a “proper manner”. It looks as if you are exercising a kind of ceremony: firstly, a higher-positioned person gives his/her card to a lower-positioned person; you receive the other’s card with both hands, etc. Never slide your card across the table to pass it to the other person.

Japanese people often make a bow to express their gratitude or respect. This also happens in business scenes too. Not just to their boss, especially to their customers or guests, they make a very respectful bow. For example, after you visit the supplier’s office, they would see you off at the door with a bow, and you might find them still bowing when you secretly look back a little later. This is a little scary, isn’t it?

I know this sounds strange, but Japanese people often go out for a drink with their colleagues or bosses after work. In some countries, this would be taken as an incredible craziness, going for a drink with your boss after hour. But in Japan where solidarity is greatly valued, having a drink or dinner together is considered a good habit to build a robust colleagueship. By the way, no overtime payment. Sad. But your boss may be kind enough to pay for your drinks or dinner.

Japan is well known for its citizens’ long lifespans. Many Japanese people are keen to care for their health. Surprisingly, Japanese companies are obliged to provide annual health check-ups for their employees. Tests and examinations included in a check-up may differ by each employer, but normally, include a general blood test for liver function, blood lipid level, etc., chest X-ray, urine test, doctor’s interview, and many more. This annual health check for employees must be the secret to Japanese people’s long lifespans.

This may be also common in other Asian countries, but there is a seniority rule in Japanese companies, depending on the age, position, or the time to join the company. There is also this habit to take a respectful attitude toward seniors. You must talk politely to people older than yourself, and add “san” or the name of their position at the end of their names.

This is not for all companies, but in many Japanese companies, you have to clean your office by yourself. You might quickly clean the office every morning, or do massive cleaning once or twice a year. This must sound extremely weird for people who come from some other countries where company employees are only expected to do their jobs written on employment contracts. By the way, Japanese school students clean their classrooms, too.

Well, it sounds like Japanese office etiquette is starchy, reflecting the characteristic of Japanese people that is often described as earnest and hard-working. The habits like going out with colleagues after work or bowing are already well known to the world. Other than the eight office etiquettes introduced in this column, there may be other rules unique to each company. You may be startled at the beginning if you don’t know about these rules, but you’ll get used to them once you learn.