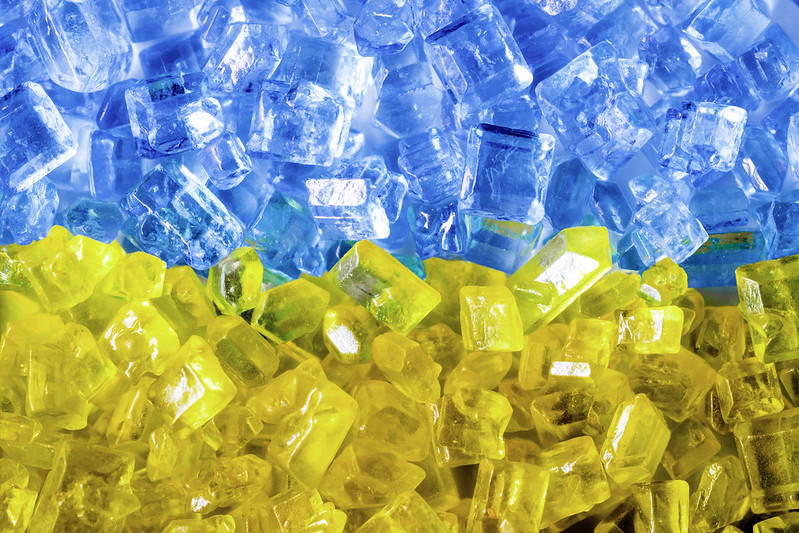 It has been more than 3 months since Russia started invading Ukraine, but there is no sign of the war coming to an end while the entire world is holding its breath and nervously watching the situation. The Japanese government announced the acceptance of Ukrainian evacuees and a few hundred have already entered Japan. For people who came to Japan from Ukraine, Japan is a foreign country with a totally different culture, habits, and social system. Many of them have no experience in learning Japanese. To support these Ukrainian evacuees, some Japanese authorities and institutes have released guide books, a dictionary, and other useful tools in Ukrainian.

Crime-prevention booklet in Ukrainian by the Metropolitan Police Department

The Metropolitan Police Department is providing crime-prevention booklets translated into many languages for foreign residents to live in Japan safely. Following the announcement from the government regarding the acceptance of Ukrainian evacuees, a Ukrainian translated version has been added. It intelligibly explains emergency phone numbers 110 and 119, police boxes, the basic traffic rules in Japan, evacuation during a disaster, or actions when you get involved in a crime or emergency. This booklet is available at police stations across Japan, the immigration office, and the Ukrainian embassy. The police are to protect people’s safety in every country, but their procedures differ depending on the policy of the country. Check the Metropolitan Police Department’s booklet to understand the rules in Japan.

Japan Overseas Educational Services is an organization that conducts various projects to support the education of Japanese children living overseas and returnee children with the approval from the MEXT. Many Ukrainian evacuees came to Japan with their school-age children who would need to go to Japanese schools without a Japanese language background. To support these people, Japan Overseas Educational Services has released a Ukrainian-Japanese dictionary of words and phrases that are often used at school on their website. Also, this dictionary has a detailed description of Japanese school life in Ukrainian. The PDF data can be downloaded from their website.

According to the announcement of the Japanese government, the Ukrainian people who came to Japan for evacuation can have work permission, and many of them are willing to work in Japan. The Immigration Services Agency of Japan has already published the “Guidebook on living and working” in various languages in order to introduce immigration-related applications, registration at a municipal office, medical/welfare system, tax, road regulations, disaster prevention, etc. This time, a Ukrainian-translated guidebook was released. The Guidebook on Living and Working can be downloaded from the website of the Immigration Services Agency.

The NHK World Japan website, which releases the world news in various languages, has added a Ukrainian news page to publish Ukrainian domestic news and stories on Ukrainian people living in Japan, as well as Japanese learning programs. There are many other media that broadcast the situation in Ukraine, but his site provides Japanese domestic news in Ukrainian which is easy for new residents to learn about Japan. The Japanese learning program, in particular, has a great variety with many example conversations assuming many situations. News in easy Japanese is also useful when practicing Japanese.

Fleeing from the war in one’s own country and living in a foreign land imposes huge distress. Most Ukrainian evacuees have come to Japan counting on their families or relatives living in Japan. Not only people who have no relatives in Japan but also these people are not very fluent in Japanese or familiar with the lifestyle in Japan. They came to Japan with a limited number of belongings or money, and of course, they don’t have guidebooks. If there is a booklet or something about Japan written in Ukrainian, it would be some help for them. The documents introduced in this column cover the basics of living in Japan, so if you are new to Japan, check them first.