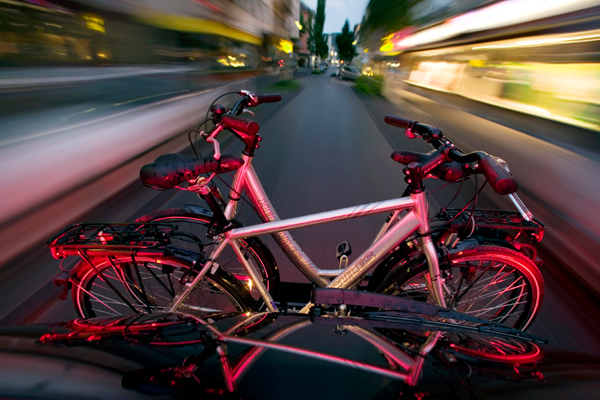 In Japan, many people ride bicycles in their everyday lives to commute, go to school or go shopping. In fact, a bicycle is such a familiar thing to the Japanese, therefore there are many demands of transporting bikes when people move house, participate in cycling races in distant province, or go on cycling in their travel destinations. But carrying a bicycle is not that easy. You may be able to just ride the bike to the destination if it is a short distance, however, riding a bike to a far-away destination is not practical after all. So, what is the best way to transport your bike for a long distance?

The easiest way to transport a bike would be using a courier service or moving service. There are many transport service companies operating across Japan, and most of such businesses transport bikes as well. just let your moving service provider know if you wish to take your bike when you move house, so that they would include bike transport in a quote.

Also, you may want to use a courier service to transport a bike by itself to ride it somewhere far away such as a holiday destination. In such an occasion, you can send your bike just like other ordinary parcels, by booking over the phone or online, packing up and placing a delivery invoice. Normally, you can get packing materials from the courier company by request, but you need to pack your bike yourself. Note that extremely isolated areas such as a remote island may be excluded from their service areas.

The costs of transporting bikes are calculated according to distance. For example, transporting a ordinary-sized bicycle from Tokyo to other cities by SEINO would be as follows.

The most reliable way to transport your bike may be just load it in a car and drive yourself. If you are loading your bike on the roof or back of a car, the bike must be firmly attached by using a bike rack. Also, the car must be adequate size to carry bikes. If there is enough room, bike can be loaded inside the car.

If you are using a rental car to carry bikes, note that most rental car companies allow customers load bikes only inside the car, and attaching bikes on the exterior surface of the car is prohibited, or you may be even asked to fold your bike before loading it. Inquire about conditions to load bicycle before hiring a car.

In Western countries, riding a bike is a popular way to commute to workplace. Some people go to work by bicycle all the way from home to workplace, while some others combine bike riding and public transport. Therefore, seeing a person who is standing with a bike on a train is just common scenery in such countries. In Japan, on the other hand, you can bring a bicycle on a train only if the bike is dismantled and packed in a “bike bag”. Also, passengers are not allowed to bring a bicycle in certain public transports.

Tips to transport your bike

Take care of your bike!

Sending a bicycle within Japan is quite easy, and there are a few ways to do so. But there are some rules that are different from other countries. For example, you need to dismantle and pack your bike in a bag to bring it in a train, or loading a bike on outer surface of a rental car is not allowed. Overall, using a transport service is the easiest way if you don’t mind paying a little expense. If you want to send your bike by using transport service, just allow plenty of time as it takes some time to obtain packing materials and pack the bike.