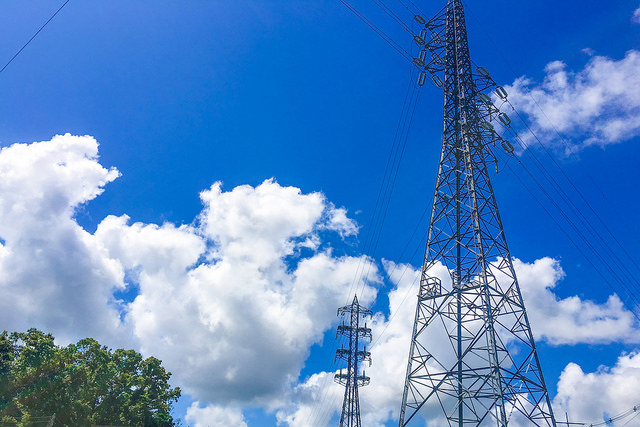 Japanese gourmet, sopping, historic site seeing, Japan is a great place to travel with so many things to do. Among those activities, seeing seasonal beauties is one of the popular reason to visit Japan. While spring with blooming flowers, colorful autumn and snowy winter scenery are widely loved by inbound tourists, though, many say Japanese summer is intolerable. That is no wonder, the terrible heat of Japanese summer is almost a standard topic about Japan. Then, where is the hottest town in Japan? You may imagine Okinawa islands or Oagasawara Islands would be the hottest place, but no, things are not that simple.

What is the criteria to decide “the hottest”?

Come to think about it, it is rather hard to determine where the hottest place in Japan. It should be where the current highest temperature has been recorded, or the place that is considered to keep the warmest whether throughout a year. Therefore we will discuss the hottest place in Japan from the perspective of the highest temperature, the number of extremely hot days per year and the highest daytime average temperature.

The township that has the highest temperature record: Ekawasaki (Kochi prefecture)

Eakawasaki is a small township with total population of 1590 locating in the north of Shimato, Kochi. This place becomes busy with visitors who enjoy canoeing on the river as well as camping, river fishing, river cruising. There is the canoe museum beside Ekawasaki railway station, and canoe lessons are held by the staff. Ekawasaki is in the middle of hilly region of Kochi far away from the ocean, and is surrounded by hills like a basin. Temperatures easily shoot up here as the heated air apt to remain in the area due to this landform. Ekawasaki has been widely recognized as the hottest place in Japan since the highest daytime temperature record of was renewed to 41℃ here in 12th August 2013. It also ranked 2nd for the number of extremely hot days in 2017 and reminded Japanese people how hot this place is. By the way, temperatures sharply drop during the nighttime here, therefore there is a huge temperature gap between daytime and nighttime here.

Access from Tokyo: 1 hour flight from Haneda to Matsuyama (Ehime), then 2 hours drive from Matsuyama Airport to Ekawasaki

Hita is a small city with 64,000 population that is located on the border of three prefectures: Oita, Kumamoto and Fukuoka. The two-stairs Jion Waterfall and Kotohira hot spring village is well known as popular tourist destinations. Mount Aso, that is famous for volcanic caldera, is located down south from Hita, on the border of Kumamoto and Oita. Located high above sea level, this city has basin type landform surrounded with hills, therefore temperatures go up and down summer to winter, and daytime to nighttime. Hita is widely known for summer heats. It was ranked 1st for the most number of extremely hot days, that the highest temperature of a day exceeds 35℃, with 38 days in 2016 and 25 days in 2017. Summer in this city is extremely hot, but there is still is a rescue. It cools down once the sun sets. So, you can just have a nice soak in the hot spring water and chill out in the evening.

Access from Tokyo: 1 hour flight from Haneda to Fukuoka, then 90 minutes by shuttle bus from Fukuoka Airport

1 hour train ride from Tokyo, Tatebayashi is located the south-east in Gunma prefecture. It has many sightseeing spots including the largest Koinobori carp flags, the Tsutsujigaoka Park, Morin-ji Temple with many terracotta raccoon dogs and is known as the origin of Shoda Shoyu and Nissin Seifun. Tatebayashi is also known for very hot summer caused by a Foehn wind that brings heated air from the metropolitan area on the south to Gunma prefecture. The hot air remains in the land as there is no way to run due to its land shape. Among other cities of Gunma, Tatebayashi is regularly ranked high in the hottest summer whether rankings. The average temperatures of summertime normally easily exceed 31℃, and it is quite common the highest daytime temperatures become over 39℃. There are so many places across Japan that record high temperatures during summer, however, Tatebayashi is hot even in evenings. So, if you are going to visit this city during summer, you must have an air conditioner.

Access from Tokyo: 60 minutes by train from Asakusa station of Tobu Isezaki Line to Tatebayashi station.

Putting together all the findings in this column, the main cause of intense summer heat is a basin type landform located inland. All Ekawasaki, Hita and Tatebayashi are located far from the coastline and surrounded with hills. In addition, the high humidity makes Japanese summer feel even hotter. After reading this column, you may have become curious enough to dare to visit there in summer, just to experience how hot it is. If so, just remember to be prepared for heat-related diseases as these are huge problems in Japan. Take lots of fluid and other measures when you visit these places during summer.

Related Article:
The Coldest City in Japan, Rikubetsu – and why you should visit